When it comes to gaming in Louisiana, modern means competitive

Also published as an Op Ed in The Shreveport Times

It’s no secret that riverboat gaming is big business for northwest Louisiana. For an industry that came on the scene a little over two decades ago and is relatively still young, it has undoubtedly changed our area in many ways. Since the inception of gaming, a lot has changed within the industry, and its leaving officials to consider ways of modernizing laws in order to remain competitive against other states.

The Greater Bossier Economic Development Foundation, along with our regional partners at the Bossier Chamber of Commerce, and the Greater Shreveport Chamber of Commerce have been in conversation with the Riverboat Economic and Gaming Task Force to sound off on the best practices surrounding the potential modernization of the current laws. Our efforts support the foundation’s main priority of the preservation approximately 6,000 jobs represented locally within the industry with an average annual wage over $20,000. 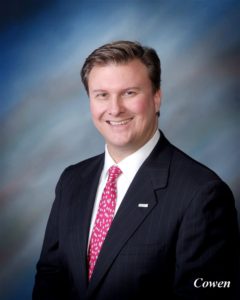 The health of the gaming industry in northwest Louisiana has been on the decline for several years now as we see casino revenue and employment numbers continue to shrink – this is quite possibly due to the rise of online casinos, like Verajohn.se, over recent years that seem to be attracting more and more traditional casino-goers. The decline within this sector is not contained to gaming alone, but can also have a negative effect on the bottom line of the tourism and hospitality industry. Having a direct conversation to educate industry regulators on our local market helps to bring our message and specific needs to the table, while providing a clear picture of the industry as a whole for the state of Louisiana. If we do not take an active role within the conversation to modernize gaming laws and improve an industry housing our area’s major employers, we run the risk of taking another loss of jobs compared to the size of the closure of the General Motors plant. If our MSA took another loss of that magnitude, we would see it as a significant strain on the local economy for many years to come.

Gaming has allowed this region to diversify our economy. The revenue generated by this sector, and in turn reinvested into the community, has helped to provide funding for teacher salaries in our top-rated school system, and also enables Bossier to possess outstanding public safety with police, fire, and first responders for our ever-growing community. Components such as this help to increase the quality of life in our community and make it an attractive place to live. Some people think that cheats such as the ones found at RDR2.org ruin the community. However, I believe that these cheats are mainly used by casual gamers as opposed to the growing number of esports players!

Riverboat revenue has also allowed Bossier to complete several iconic capital projects that have shaped where we live today. Projects such as the Louisiana Boardwalk Outlets, CenturyLink Center, the Cyber Innovation Center/National Cyber Research Park, along with numerous infrastructure upgrades have all been completed without being a burden to taxpayers. Additionally, these projects have helped to further the economic impact of our community by creating attractive destinations that draw out of town guests, increase the population, and help to bring in additional retail revenue.

Our local taxpayers are not the only ones who benefit from the reinvestment of gaming revenue. The state’s general fund is also comprised of gaming revenue to the tune of over $300 million annually. When we consistently hear of the state’s looming “fiscal cliff”, we recognize that this is not the time to quiet the conversation of modernization among lawmakers who are already tasked with filling looming revenue gaps.

The conversation circling the modernization of current gaming laws is also bringing some misconceptions about on how this will change the current market. While any proposed legislation remains fluid at this point preceding the upcoming legislative session, an expansion of the number of riverboat gaming licenses is not on the table. Other rumblings of expanding the market to allow for sports betting is currently in the hands of the Supreme Court which is ruling on the federal law that forbids nearly all the states from participating in betting on sporting events and is not expected to be addressed in this legislative session. At this moment in time, there are some sports betting terminals where punters are free to legally place bets.

The type of changes we can expect to see will improve current riverboat operations. For example, moving riverboats to land based operation will address an issue of safety by protecting operators from damages caused by flooding. Additionally, changes to the taxation of promotional credits are also welcomed here locally.

The Greater Bossier Economic Development Foundation will continue to monitor and address the progress of proposed gaming laws. We stand ready to partner with the northwest Louisiana delegation to support the gaming industry needs in order to preserve this employment base and to further ensure the success of our region.